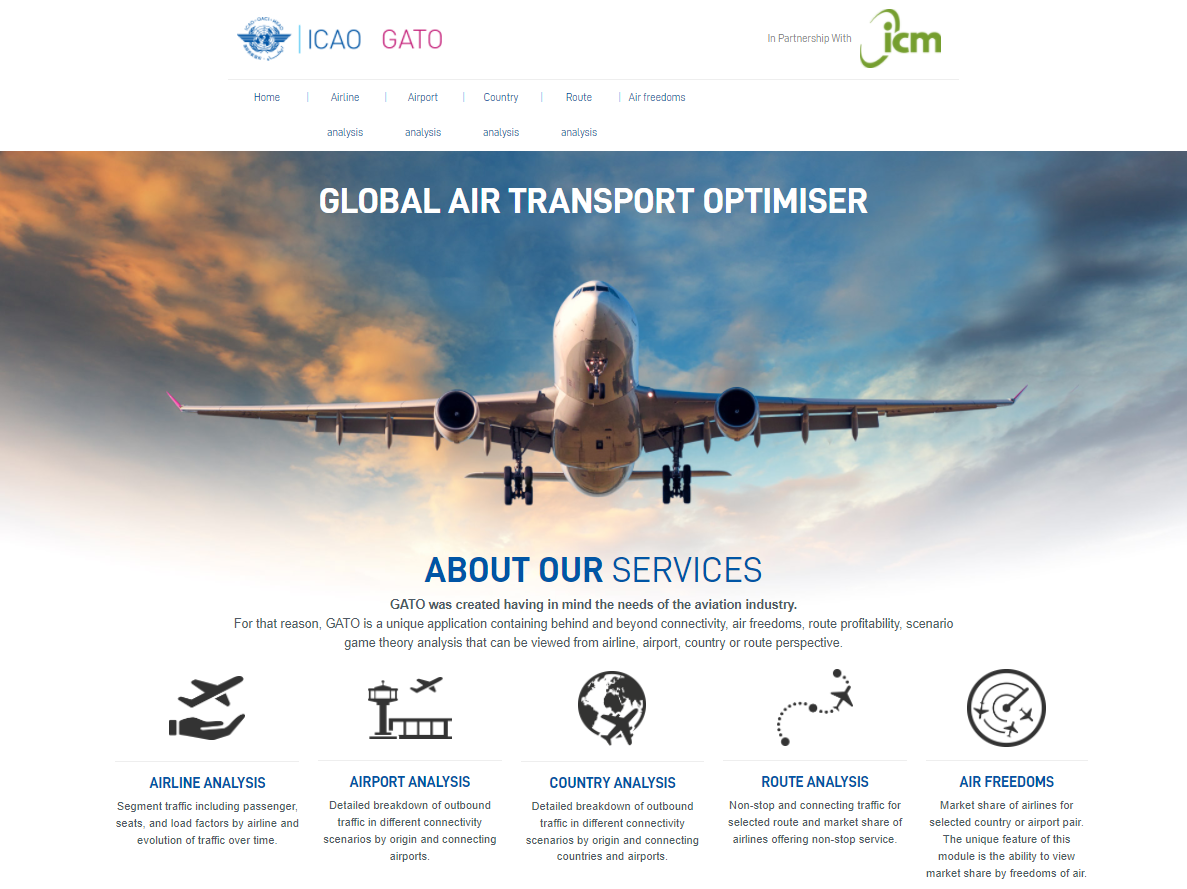 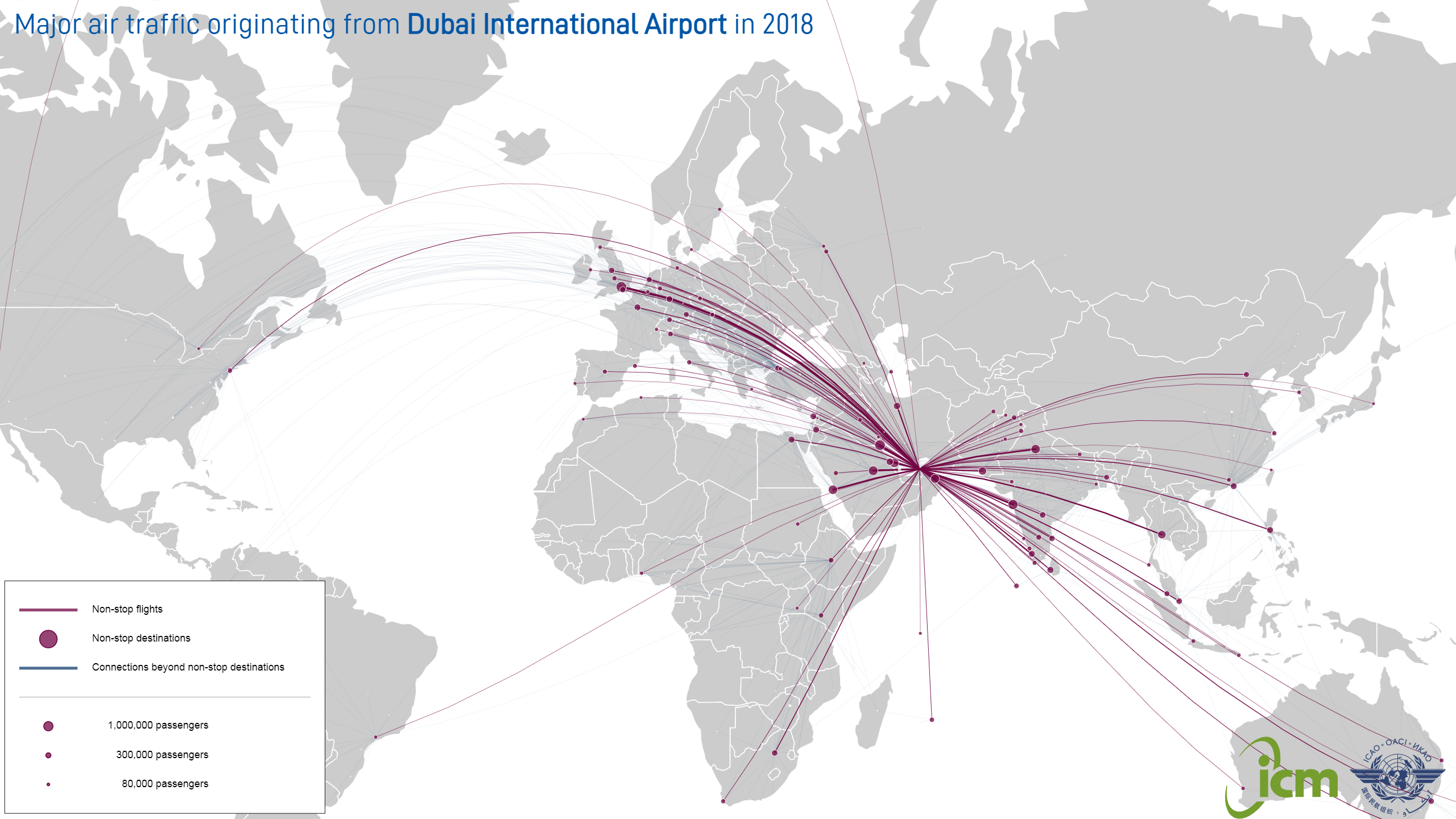 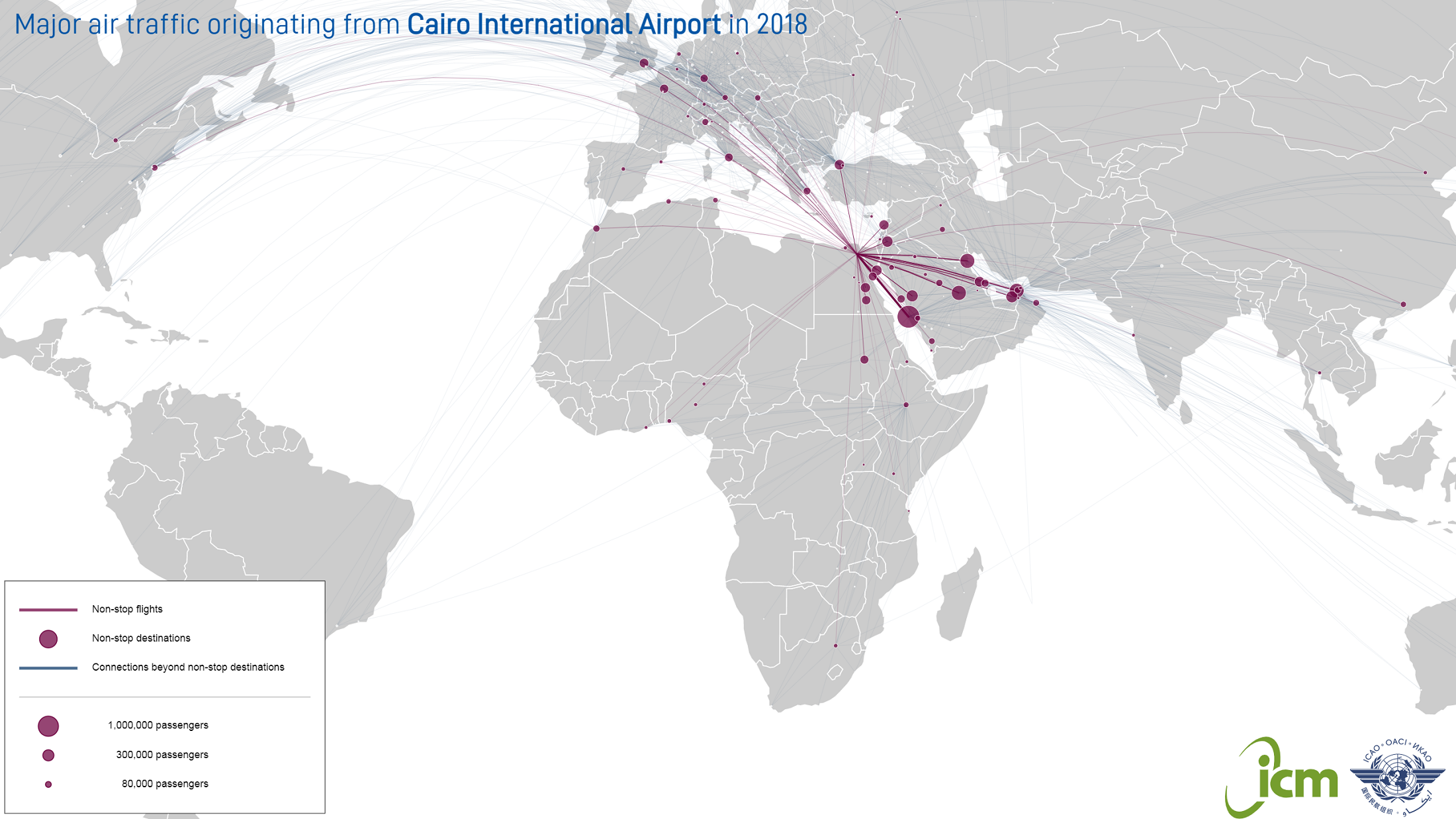 Identifying strategic cooperation between airports, assessing the economic consequences of airline mergers and opening new, direct, long-distance, global communication connections – these are the challenges to which the new GATO analytical tool responds.

Global Air Transport Optimisation (GATO) has been developed by Interdisciplinary Centre for Mathematical and Computational Modeling (ICM) University of Warsaw and International Civil Aviation Organisation (ICAO) within a joint undertaking. The project has been in development since 2015.

Records of 3.5-4 billion passengers handled year-round by all global airlines have been gathered during the GATO project at ICM as a part of a global air passenger transportation data resource system. At the same time, ICM has developed a set of state-of-the-art decision making support tools for air traffic planning and optimisation.

Tools developed during the project bring forward a new quality to aviation analytics by creating a fully integrated, continuously updated repository of air traffic data, flight schedules and attributes. GATO is currently the leading state-of-the-art Big Data aviation analytics system, which allows instant generation of high resolution statistics – either on global or country scale, or narrowed down on any carrier, single route, town, island or airport.

The goal of the application is to monitor and collect distress signals sent by aircraft, in particular squawks 7500, 7600 and 7700. The system downloads ADS-B data from FlightAware in a real-time manner and stores filtered, normalized and aggregated records at ICM data repository.

An API in the form of RESTful web services is provided with a feed of current in-flight emergencies, including their importance, geographic features and time trends, as well as a query interface for past events. In addition, the system filters out false positives. The alerts related to current emergencies can be also actively fed to interested external parties (such as CAAs and ANSPs, etc). 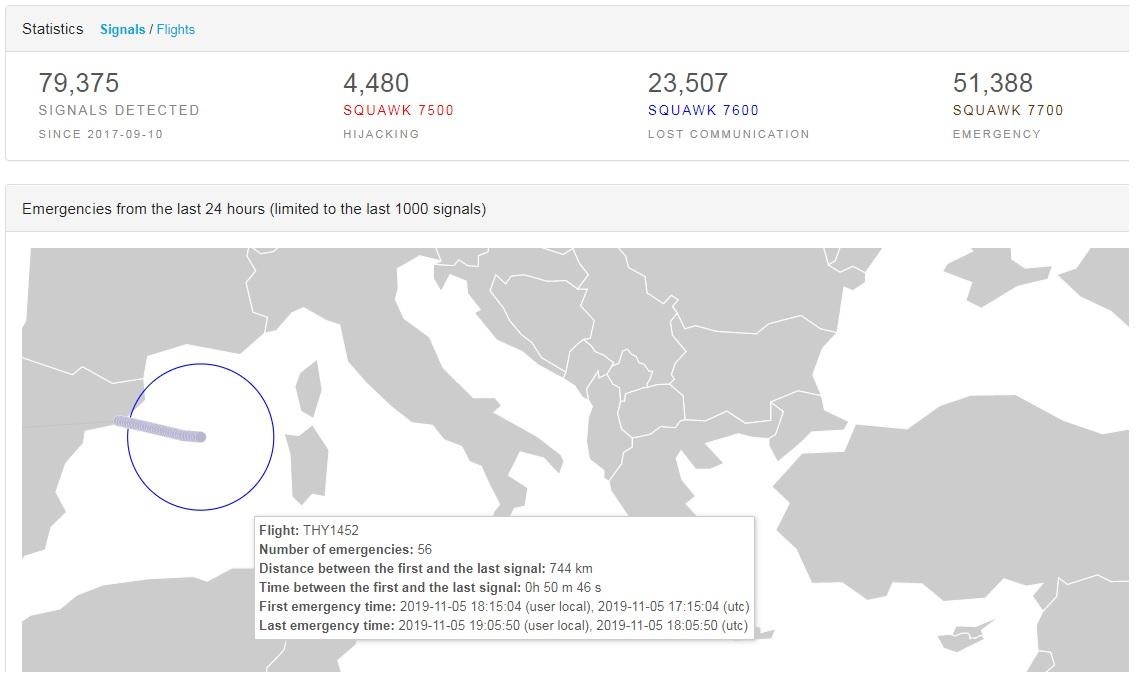 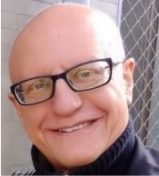 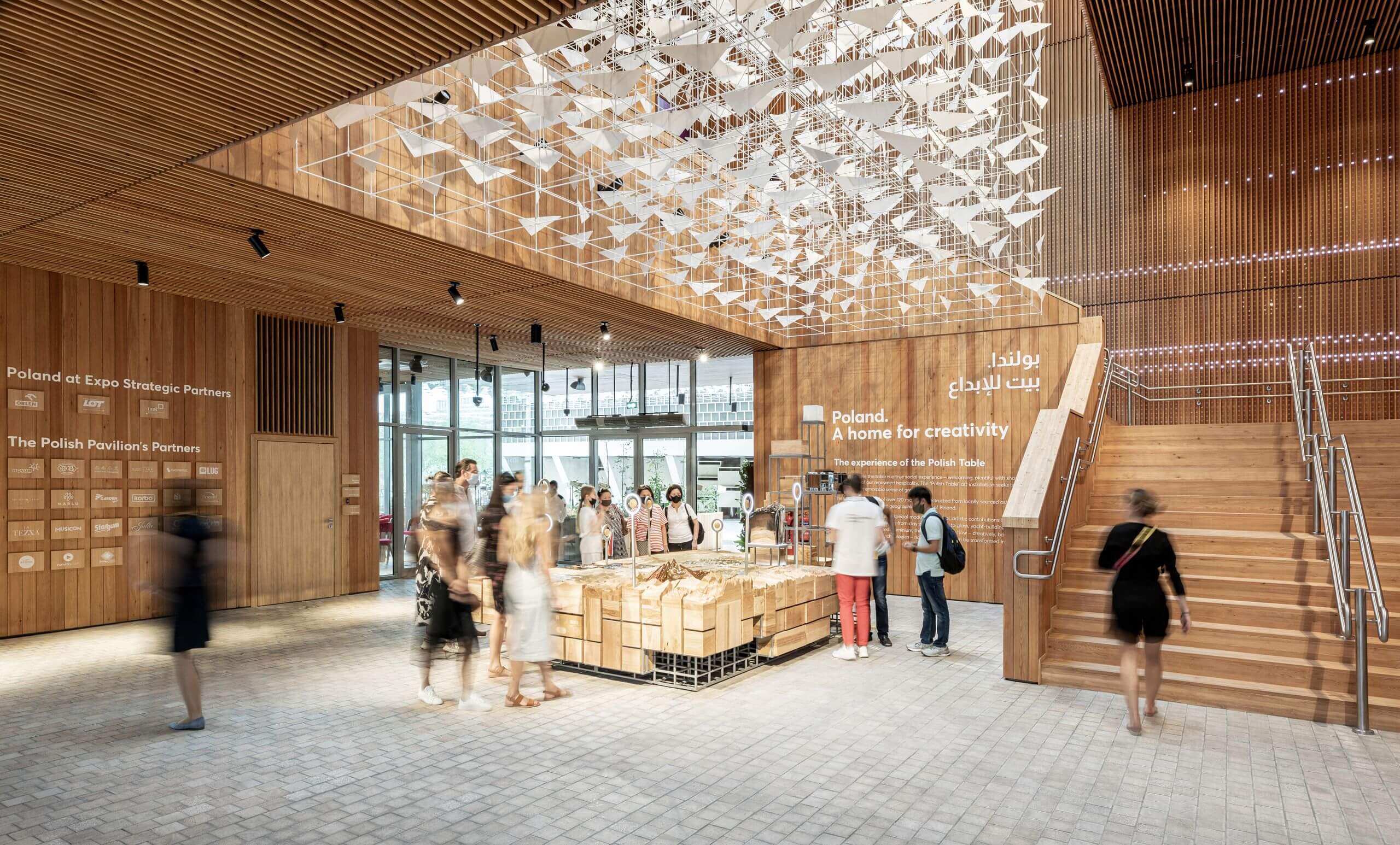 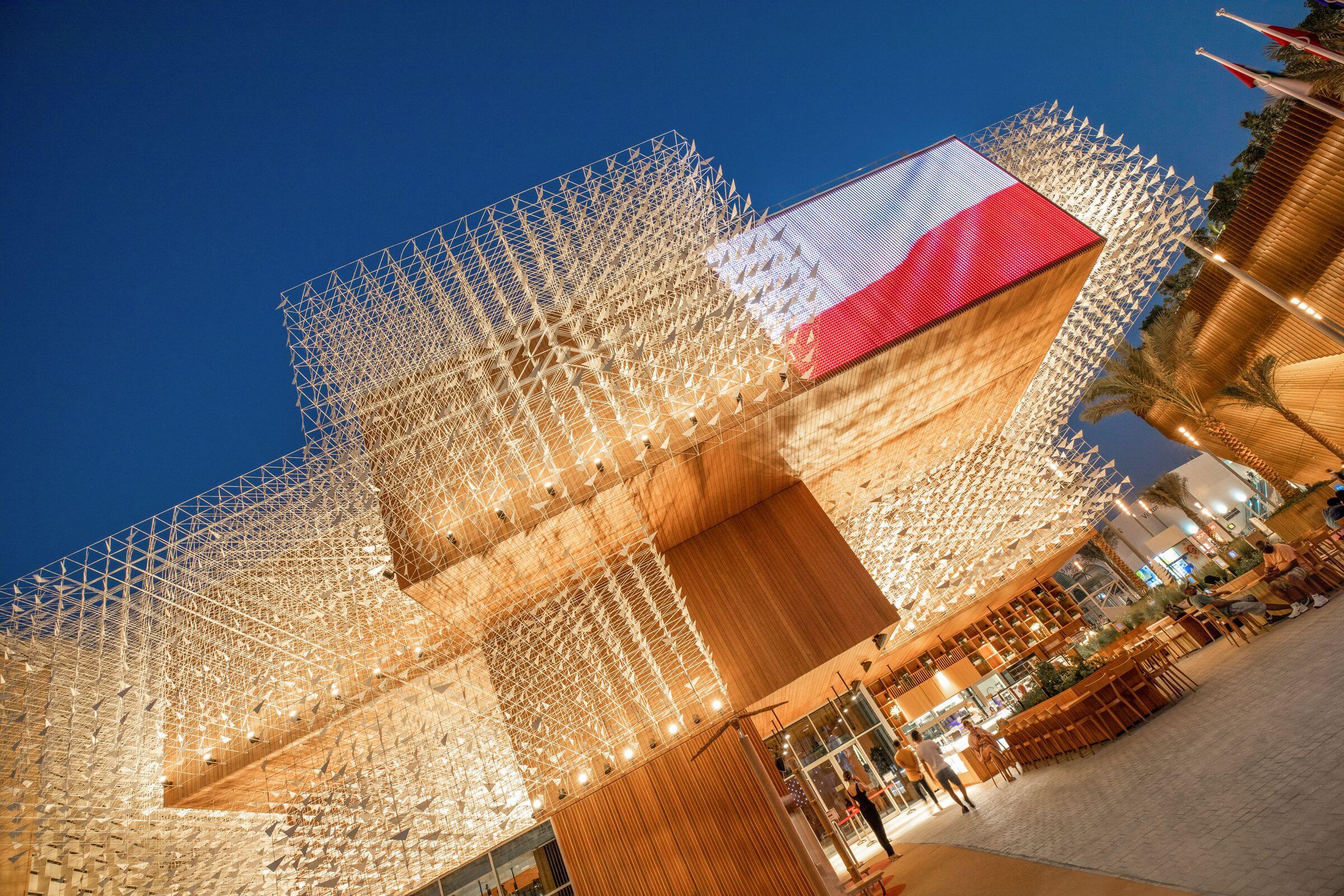 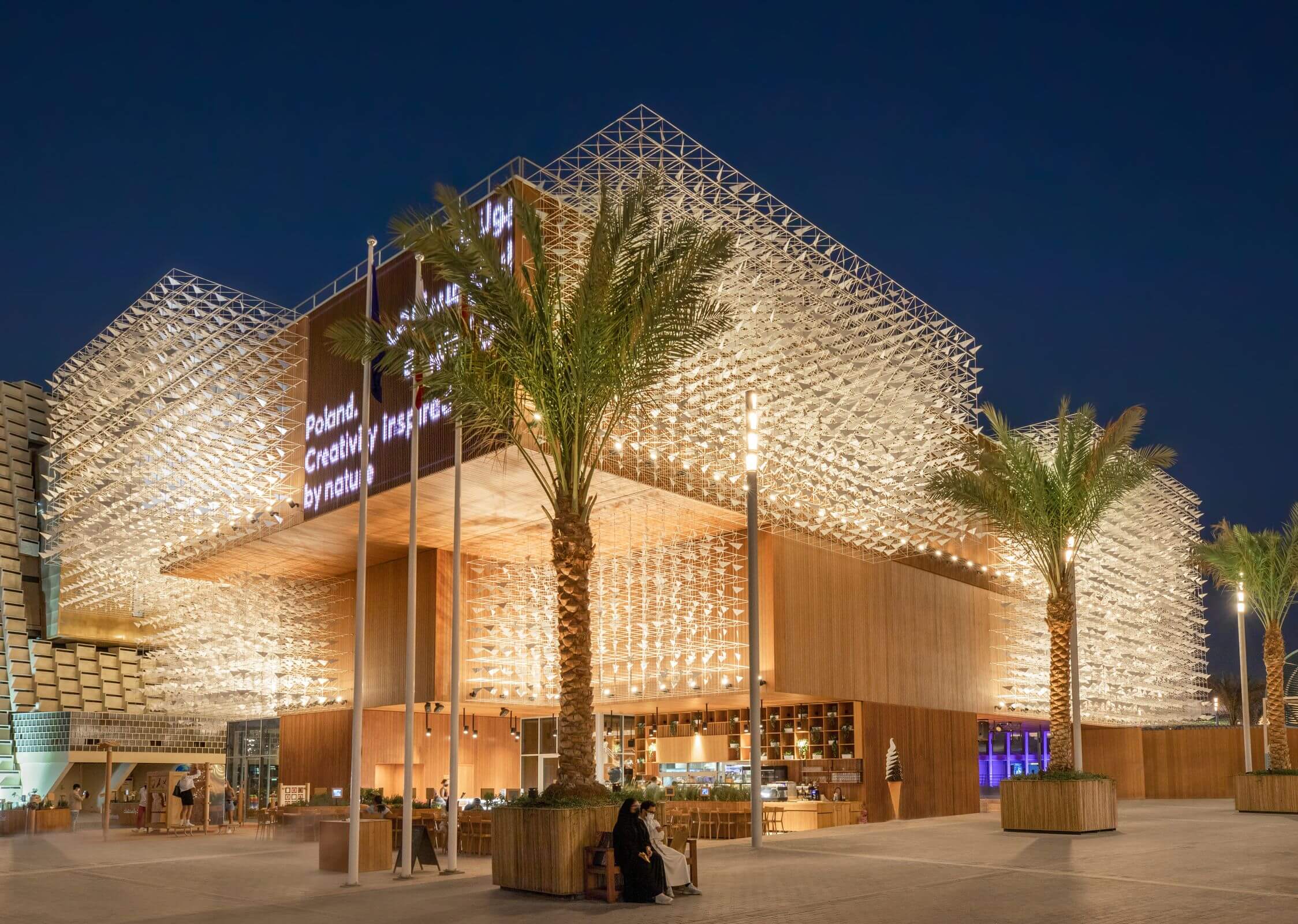 We use cookies on our website to give you the most relevant experience by remembering your preferences and repeat visits. By clicking “Accept All”, you consent to the use of ALL the cookies. However, you may visit "Cookie Settings" to provide a controlled consent.
Cookie SettingsAccept All
Manage consent

This website uses cookies to improve your experience while you navigate through the website. Out of these, the cookies that are categorized as necessary are stored on your browser as they are essential for the working of basic functionalities of the website. We also use third-party cookies that help us analyze and understand how you use this website. These cookies will be stored in your browser only with your consent. You also have the option to opt-out of these cookies. But opting out of some of these cookies may affect your browsing experience.
NecessaryAlways Enabled
Necessary cookies are absolutely essential for the website to function properly. These cookies ensure basic functionalities and security features of the website, anonymously.
Functional
Functional cookies help to perform certain functionalities like sharing the content of the website on social media platforms, collect feedbacks, and other third-party features.
Performance
Performance cookies are used to understand and analyze the key performance indexes of the website which helps in delivering a better user experience for the visitors.
Analytics
Analytical cookies are used to understand how visitors interact with the website. These cookies help provide information on metrics the number of visitors, bounce rate, traffic source, etc.
Advertisement
Advertisement cookies are used to provide visitors with relevant ads and marketing campaigns. These cookies track visitors across websites and collect information to provide customized ads.
Others
Other uncategorized cookies are those that are being analyzed and have not been classified into a category as yet.
SAVE & ACCEPT